It was an honor that East Lansing Rotary Co-Sponsor Pearl Harbor Remembrance event.

East Lansing Rotary members with Colonel Michael Samarov, United States Marine Corps — the featured speaker at 75th Anniversary Remembrance of Pearl Harbor  held on December 11, 2016 at the Hannah Community Center.  This commemorative event was co-sponsored by the City of East Lansing and the Rotary Club of East Lansing.  In attendance, but not pictured was Isabel Leader.

Many, many “THANKS” to each and every one of you for your support of the Weekend Survival Kits (WSK) program through your participation in the first-ever WSK Friend Raiser held on March 21 and/or by voting for the WSK program during the month-long Big Bang-quet Community Charity Challenge which concluded with a “Grand Reveal” reception held at the University Club of MSU on March 23rd. 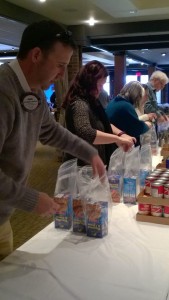 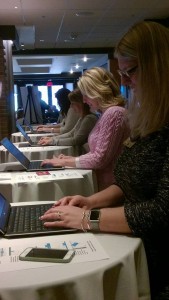 Your support of these efforts helped us raise a total of $10,546 for the Weekend Survival Kits program! That’s enough money to purchase food to fill over 2,100 food kits — each containing food for 11 meals and 2 snacks — to help feed hungry children in communities across Ingham County.

Here are some of the highlights from the WSK Friend Raiser and Big Bang-quet voting:

* We had a great turnout at the Friend Raiser — 100 lunches delicious and savory lunches were served by the University Club of MSU; our final reservations count was for 110 lunches.

* At the Friend Raiser, $981 was contributed at the door – 100% of which goes to the Weekend Survival Kits program.

* The three service clubs serving as co-hosts for the Friend Raiser – Rotary Club of East Lansing, Rotary Club of Haslett-Okemos and the Kiwanis Club of East Lansing — donated some $3,000 for the WSK program. Each of the clubs contributed $500 as a Friend Raiser co-host and also donated the amount that would have been spent for the meal at their regular weekly club luncheon.

* 681 votes were cast for the Weekend Survival Kits program during the Big Bang-quet Community Charity Challenge which concluded on March 23rd. Those 681 votes @ $5 each equal $3,405. Ninety percent of this amount or $3,065 will go to the Weekend Survival Kits program with the remaining 10% used to cover administrative fees and projects supported by the Capital Region Community Foundation.

Once again – many thanks to everyone for your help in combating childhood hunger in our communities through your support of the Weekend Survival Kits program! 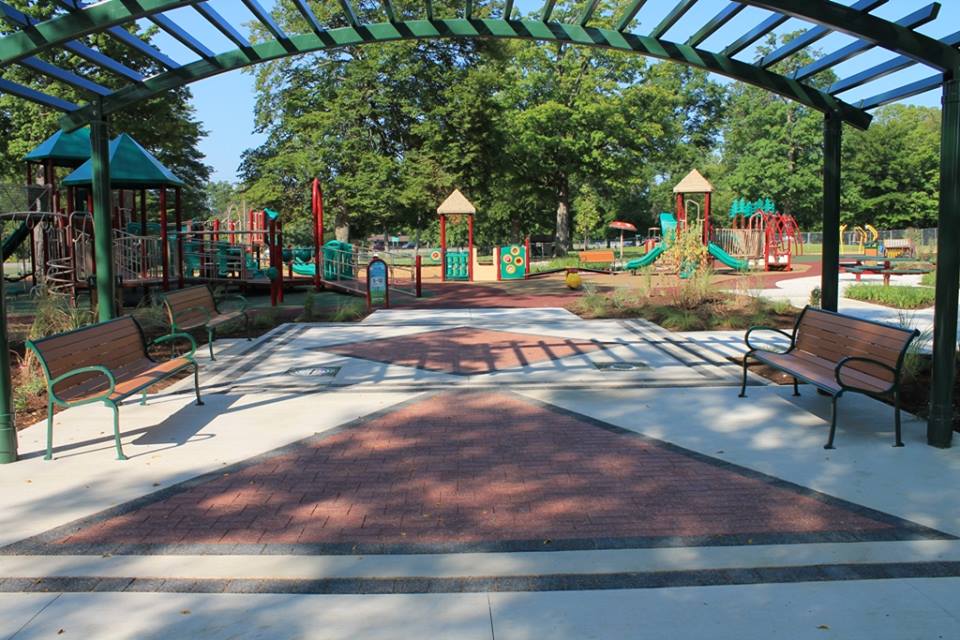 A Great Day to Celebrate a New Park

August 4th, 2014 was a great day for the City of East Lansing and the East Lansing Rotary Club, a great day to celebrate a new park. Over 4 ½ years of work culminated in a community celebration of the completion of the Playground In the Park Re-Imagined. Not even an epic thunderstorm could dampen the day – shorten the ceremony, yes, but dampen the spirits of those attending – not a chance!

It was a sweet celebration in many ways. To see East Lansing Rotarian and now East Lansing Mayor Nathan Triplett deftly manage the rapidly compressed recognition ceremony; to welcome all of the major sponsors and donors for special recognition; to witness Project Chairperson, John Saltzgaber, receive a standing ovation; to enjoy special commemorative cookies and ice cream; and best of all to see the children in absolute joy over the long-awaited brand new play space. It was sweet indeed.

Stepping foot for the first time on the special poured in place safety surface brings the benefit of this surface to life as the surface gives way underfoot and springs back. Knowing that this equipment is safe, eco-friendly, long –lasting, and handicap accessible says the community got it right when they asked for all of these qualities during the planning sessions.

The Past and Future Meet

This project is truly a capstone event for the East Lansing Rotary Club, and perfectly aligns with the 1995 Playground Project which first fired the imagination of the community – also spearheaded by the East Lansing Rotary Club. It is fitting that when the permanent signage arrives in a few months, there will be a special sign commemorating all of the 1995 Park Donors.  To learn how you can still be part of the new park celebration contact  saltzgaberj@comcast.net 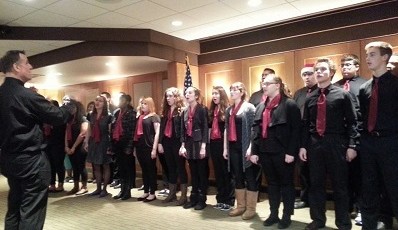 It was great to see and hear so many talented young people. Thanks to the EL Singers for putting us in the holiday mood!