This committee covers the projects and activities the club undertakes to improve life in its community.   Community Service Grants are awarded to applicants that help many organizations in the local community. 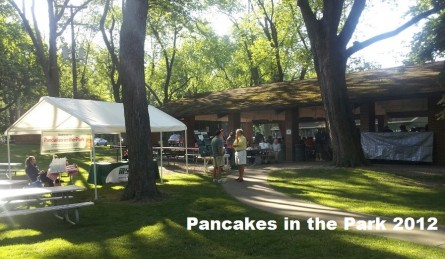 The Club annually recognizes a member of the community that exemplified service to others.

The Club members work in a project committee to create this annual event. Slated for May, this event is coordinated by a committee which solicits sponsors, coordinates the venue, the vendors, and public relations for the event.

The Club members have traditionally worked with a co-sponsor vendor to conduct a set of poker events. Funds are assigned to the Community Services committee to sponsor Club charitable activities.

An annual golf outing is designed to raise funds to provide college scholarships and named in memory of Joe Gross, former Club president and district governor. The outing activities include fundraising, arranging logistics for the event, and publicizing the event to members and the public.

The Club members are asked to donate funds to purchase turkey dinners and deliver them to Haven House for Thanksgiving Day. Additional funds are used to buy household goods that go into the “exit baskets” to families relocating to their own housing.

Funds raised through the Golf Outing are awarded to three East Lansing High School college bound seniors based upon the committee assessment of need and service to the community. Awards range from $1,000 to $3,000.

In partnership with the City of East Lansing the East Lansing Rotary Club raised the funds for the Medal of Honor Memorial Monument put in place at the Hannah Community Center in November 2013.  It is the Club’s plan to continue to raise funds for an adjacent memorial garden.

Pancakes in the Park, Fundraiser:

Playground in the Park “Re-imagined:

This committee is partnering with the City of East Lansing to replace the existing wooden playground structure at East Lansing’s Patriarche Park with a fun and exciting play area for children and families. Refurbishment of the wooden playground structure was planned as a “signature” project to celebrate the Club’s 50th anniversary in 2011. However, shortly before the update project was set to launch it was discovered that the playground was built with arsenic-treated wood that could pose health problems for some individuals if they were exposed to a “cut” surface. As a result, other options were explored and the committee redirected its’ efforts to a project aimed at replacing the structure and expanding the play areas around it. Committee activities include: fundraising ($150,000 of the $570,000 cost of the project still has to be raised); brick paver sales; communications and public relations; recruiting and organizing volunteers for the build; procuring support for the volunteers; and planning a dedication ceremony.

The Club, along with the partners, East Lansing Community Relations Coalition and various restaurant and food vendors, sponsor a one-day sampling of food with registration fees going to Club and Coalition sponsored projects.

Committee Member Responsibilities: Pack and deliver food kits to the participating East Lansing Schools. Packing sessions are held monthly and the food kits are delivered every other week (Fridays) during the school year (September through May). In 2012-13, three East Lansing elementary schools participated in the program – Donley, Pinecrest and Red Cedar. The East Lansing Kiwanis Club took responsibility for Pinecrest Elementary School.

Monday From 12 to 1:30 Location: Via ZOOMMeeting The East Lansing Rotary Club meets twice a month on TUESDAY at 12 Noon. Please check the Event Calendar for current events and meeting dates. Visitors are always welcome! Learn More

For the membership directory, Rotarians should visit www.dacdb.com. Please contact rotary6360@gmail.com for assistance or other questions. Thank you!