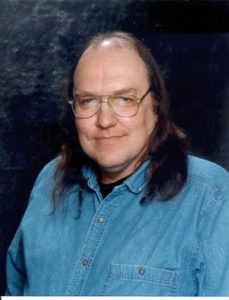 The Rotary Club of East Lansing is pleased to welcome speaker Ingham County Commissioner Mark Grebner for the meeting on Monday, January 9, 2017.  Commissioner Grebner will be giving an Ingham County Update and will include a discussion of local political trends.  http://www.ingham.org/BC/Commissioners/CommDistMap_10.pdf

Mark Grebner came to East Lansing in 1970 to attend MSU, but never got around to moving away or finding a real job.  After 11 years spent continuously enrolled as an undergraduate, in 1981 the University handed him a degree and declared that he had graduated.  To console himself, he enrolled in law school in Ann Arbor, which occupied a further five happy years, until they too kicked him out.  His law practice amounts to either a joke or a hobby, depending on whom you ask.

Back 1976, at the age of 23, he was elected to the Ingham County Board of Commissioners, running on the slogan: “No Worse Than The Rest”, in a seat which covered most of the MSU campus. Originally disguised as a long-haired hippie, he has been elected to 16 terms, with a couple of short breaks.  He now represents some of the grandchildren of his original constituents, having neither updated his political views nor his hairstyle.  He is running for yet another term, and has brought a sample of his signs with a new slogan.

To fill the time freed up by being out of school and not holding a real job, Mark claims to be a professional political consultant, specializing in what he describes as “cheap, second-rate, polling.” He is famous for his work with voter lists, with the fame primarily due to the fact no one understands what he does with them, or why it matters.  http://www.ingham.org/BC/Commissioners/index.htm

The Rotary Club of East Lansing meets every Monday at 12 noon at MSU University Club in East Lansing.  Lunch for guests and visiting Rotarians is $18.  All are welcome to attend!  If you have any questions, please contact Rotary6360@Gmail.com or call 517-604-6360.