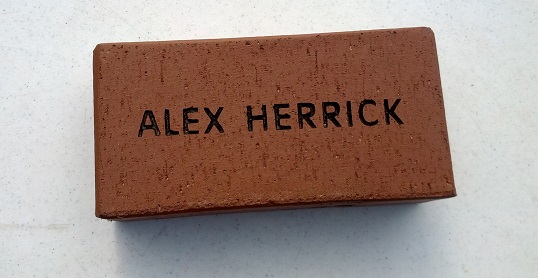 As work begins on the dismantling of the old play structure at Patriarche Park in East Lansing it is a good time to remind our friends and family that a wonderful way to support the new play structure is to purchase a brick paver or two. Create a lasting memory of your support for this community asset. Here is  the script for a public service announcement from Honorary Chair, Suzy Merchant:

“I’d like to invite you to join with me in creating a new, more accessible and safer playground at East Lansing’s Patriarche Park.

The new playground has exciting new play spaces.  You can help make this new play facility available to children throughout our region by buying a brick paver, today.

Each brick paver can be customized with the names of family members, your business, or others to create a lasting testimonial of your support for this state-of-the-art play facility.”

Create a lasting memory and help build a legacy for our children . . .

The Community Relations Coalition (CRC) is proud to host the 2nd Annual Taste of East Lansing on Saturday, April 27 from 4-7 p.m. on the 300 block of Albert Street in downtown East Lansing. This tasty event will offer opportunities to sample local cuisine from sixteen different vendors, a silent auction, live music and entertainment, childrens activities and fun for students and families alike.
To taste the delicious samples from local vendors, food tickets may be purchased for $2. Food samples may be redeemed for one or two tickets each. Twenty-five percent of food ticket proceeds and 50 percent of silent auction proceeds will be donated to the Rotary Club of East Lansing’s Playground in the Park Re-Imagined project. The project will bring a new playground to Patriarche Park in 2014. The park is located in the Bailey neighborhood, one of the three neighborhoods supported by the CRC.
For a list of vendors and sponsors or for volunteer opportunities visit the Taste of East Lansing website at wealllivehere.org/tasteofeastlansing.

State provides a big boost for the Playground in the Park

Very exciting news! The state has approved a $300,000 appropriation for the Patriarche Park project. This means we can plan our build date and work at raising the remainder of funds needed for an awesome new, safe, accessible play structure. Thanks to Representatives Sam Singh, Andy Schor and Tom Cochran for their support!

Their donation of $1,500 will go toward our club’s Playground in the Park project; the East Lansing Rotary Club will be installing a new play structure at East Lansing’s Patriarche Park this fall. 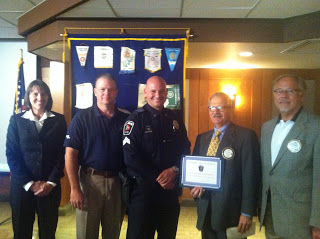 Pictured above are (L to R: from PAL, Julie Liebler, Jeff Murphy and Chad Connally, and from EL Rotary: President Elect Jim Bonfiglio and John Saltzgaber) 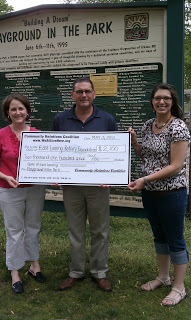 (L to R: Erin Carter, MSU Community Liaison w/ City of East Lansing, EL Rotary President Tim McCaffrey and CRC’s Olivia Seifert)
The “Taste of East Lansing” sponsored by the Community Relations Coalition raised $2,100 for the playground project. Many thanks to all of the Rotarians who volunteered and worked at this first-time venture by the CRC.

East Lansing, MI – The final community design meeting, open to the general public, is scheduled for Saturday morning, at the Hannah Community Center, in East Lansing. The meeting is for all interested people (especially kids) so that their preferences can be included in the design process for the new play structure slated for completion next year. The meeting is scheduled to start at 10am and will last an hour.

The replacement project is called Playground-in-the-Park, Re-Imagined, and is a joint project of the City of East Lansing and the East Lansing Rotary Club. Head Coach, Suzy Merchant, of the MSU Women’s Basketball team is the Honorary Chairperson and is an avid supporter of the park project.

The East Lansing Rotary Club took the lead in 1995 to bring the original wooden play structure to the community, and is stepping in again to assist with fund-raising and community organizing, to deliver a new state of the art play space that will last at least 30 years.

“We wanted to see a play structure that would delight the families and children that love to come to Patriarche Park,” said East Lansing Rotary Committee Chairperson, John Saltzgaber. “The East Lansing Rotary Club is ‘all-in’ on this project and has asked the City of East Lansing to specify a new play structure that would honor the original and new play structure supporters and sponsors, be eco-friendly, meet the most current safety standards, present a physically challenging environment for children of all ages and abilities, be accessible for persons with disabilities or mobility problems … and most important -be a play place where imaginative play is encouraged.”

Sinclair Recreation is the selected vendor for this project and is facilitating the community design input sessions. In addition to the general community input meetings, Sinclair will also be presenting to groups of children in after-school programs in East Lansing schools and gathering input from the persons with disabilities community.

Funding for the park playground project is expected to be in the range of $300,000 to $500,000 depending on the final design and available funds. The City of East Lansing is pursuing a major grant opportunity and the East Lansing Rotary Club is crafting sponsorship opportunities for sponsors with naming rights to individual sponsors. The East Lansing Rotary Club has already received pledges amounting to $50,000 from individual members of the club and will be pursuing other Rotary grant opportunities for the project.